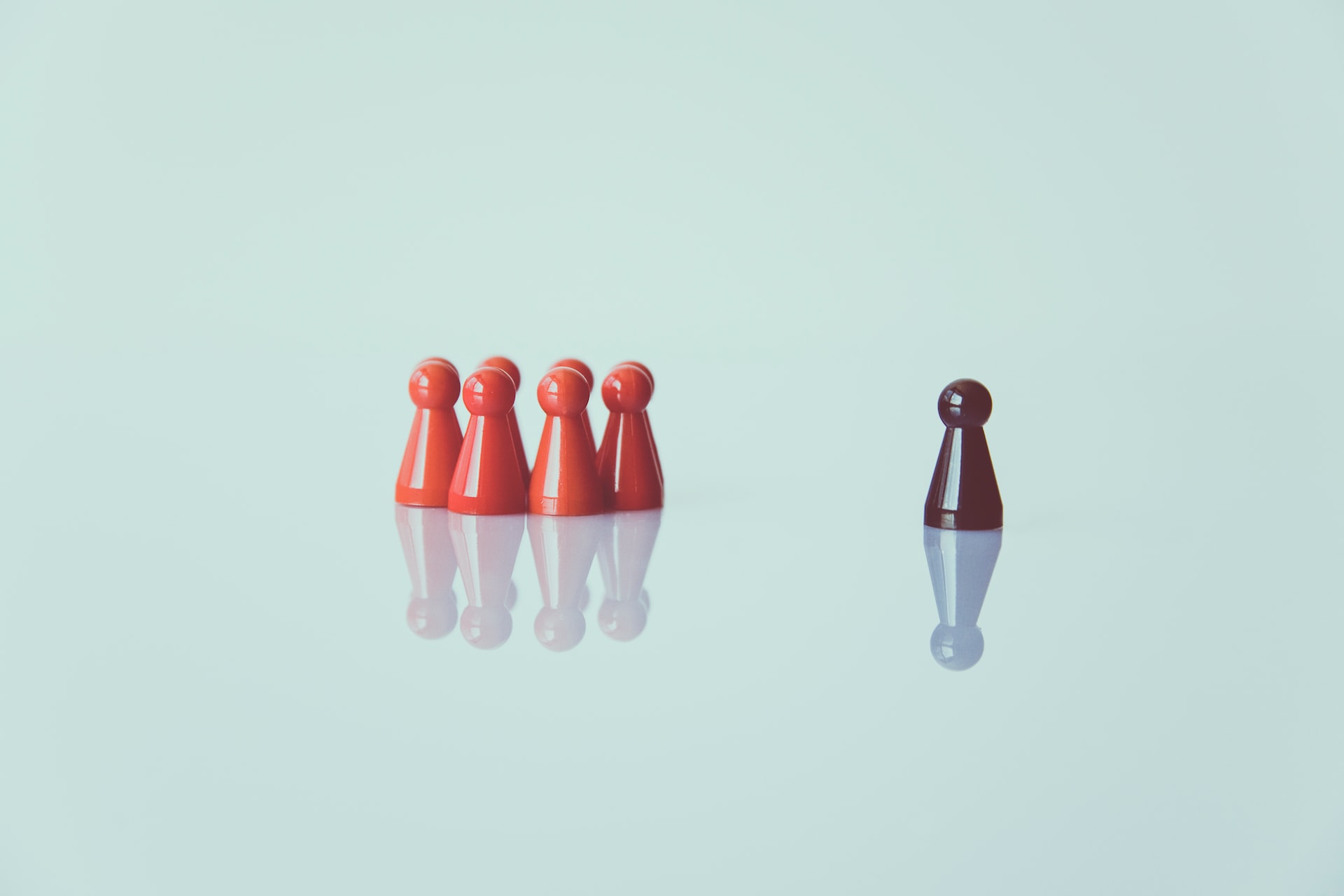 In its basic form, leadership is about the way you influence others to follow what you do. Anyone that can influence others has leadership qualities. Leadership can happen anywhere professionally or personally and with proper skills, it can enable success as it can build a vision, direction, and productivity.  In this article, you’ll find out the secret to leadership, different types of leadership styles and learn about great leaders.

What Does Leadership Mean?

Leadership has different meanings for different people, cultures, and situations. But it remains a multifaceted role. In its simplest form, leadership is an act of guidance for a team or individual so that they can achieve a certain goal through direction and motivation. To be a great leader, you should be open to new ideas, learn, and take the time to cultivate the needed skills to be effective.

The Different Types of Leadership Styles

Anyone can be a leader. A leader is someone you look up to and aspire to be. But to know whether their style fits your wants and needs is the real secret to leadership. As such, you should know the different leadership styles.

This style aims at transforming and improving function and capabilities. Tasks and schedules are assigned and leaders follow the style as they ask employees to push their boundaries. The majority of growth-minded companies tend to use this leadership.

This is opposite to democratic, wherein the opinions of employees are not considered. Leaders using this style expect others to accept the decisions made.

Transactional leadership is based on the action and reward approach where for instance, an employee will get a bonus for reaching their target before the given deadline.

The approach of authority is in the employee’s hands instead of the manager’s. Hence why laissez-faire means ‘let them do it. Laissez-faire leadership can empower employees well, but it also causes limits in professional development.

Strategic leadership refers to a relationship between senior teams and employees. Teams who adopt this style will ensure executive interest and working conditions that will benefit the team to make stable decisions.

This style focuses on growth that encourages members of a team to focus on their professional strengths and talents. Coach style is similar to strategic and democratic leadership styles but the focus is more on the individual.

Influential Leaders Who Hacked the Secret to Leadership

All influential leaders share a level of brilliance that allows them to inspire big crowds towards new ideas and innovations. The individuals that will be mentioned display sharp leadership skills and the best leadership styles, and thanks to them, we have the new and modern world that we now know and love.

It’s hard not to say the words ‘peaceful activist’ and don’t think of the Baptist preacher Martin Luther King Jr. He was the leader of the Civil Rights Movement from 1954 until his untimely death in 1968. King employed a range of techniques in his leadership, such as consideration, influence, motivation, and stimulation. His organisation was instrumental in changing the legal segregation laws in the United States.

Martin Luther King had a tremendous impact. Because he was transformative with a mixture of autocratic. He was a coach and mentor. But what grabbed America’s attention about King was his use of charismatic leadership. Social transformation for all Black Americans was his life mission.

When you hear the name Nelson Mandela, you think of a man who embodies patience and determination. Like Dr Martin Luther King Jr, Mandela was a famous freedom fighter for South Africa. He spent his life fighting against the Apartheid system. His efforts led him to become the first Black president of South Africa post-Apartheid in 1994. Nelson Mandela devoted himself to improving the lives of South Africans. And spreading the idea of freedom, love, and equity to many other countries.

Mandela’s fight for freedom led him to prison for over 27 years, but this showed his determination and persistence. And because of this, he has become one of history’s most influential leaders.

Mother Teresa, for years, has been known as a great humanitarian and a role model for many because of her commitment to ending suffering globally. Mother Teresa’s life changed after the 1943 Bengal Famine that took the lives of 2.1 million people.

After the Bengal Famine, it led her to leave her post as a headmistress at a convert. Teresa found herself living in the slums for years, but she managed to start her school for underprivileged children. Because of her selfless nature and great generosity, she drew people from India to her orphanages, hospices, and hospitals – soon the whole world started playing its part.

In 1982, during the Siege of Beirut, Mother Teresa demonstrated leadership by transcending conflicts and enemy lines. Determined to rescue 27 children in a front-line hospital, Mother Teresa successfully mediated a cease-fire between the Israeli and Palestinian militaries. As a result, she and the Red Cross saved many young patients through the troubling combat area.

Because of her giving nature, St. Teresa of Calcutta (Mother Teresa) will forever be known as the greatest humanitarian and influential leader in modern history. Her impact on the world will be remembered for many decades to come, even she didn’t intentionally mean to master the secret to leadership.

Mary Kay Ash, founder of Mary Kay cosmetics, was a visionary leader. She built a company for women employees, intending to ensure equity and merit promotions. Ash’s success comes from motivating her employees to push products. Mary Kay cosmetics’ core principle is to ensure that every consumer feels valued. Kay had a strong leadership mindset because she was a coach and prioritised her sales team over the business, and the result was positive.

As a reward, Ash would give the best achievers holiday trips, jewellery and customised Cadillacs because she felt it was important to acknowledge and congratulate good work. The success of her cosmetics line comes from the well-trained, highly motivated and self-assured employees. That’s why her name is among the influential leaders.

That’s a Wrap on the Secret to Leadership

Leadership is complex but evolving. Leaders set a routine and help themselves and others to do the right thing to bring positive things and success to businesses. Having leadership skills helps create an aspiring vision and motivates others to achieve certain goals. One can develop their methods from other influential leaders, be inspired to make a difference, and nurture a leadership style that suits them. 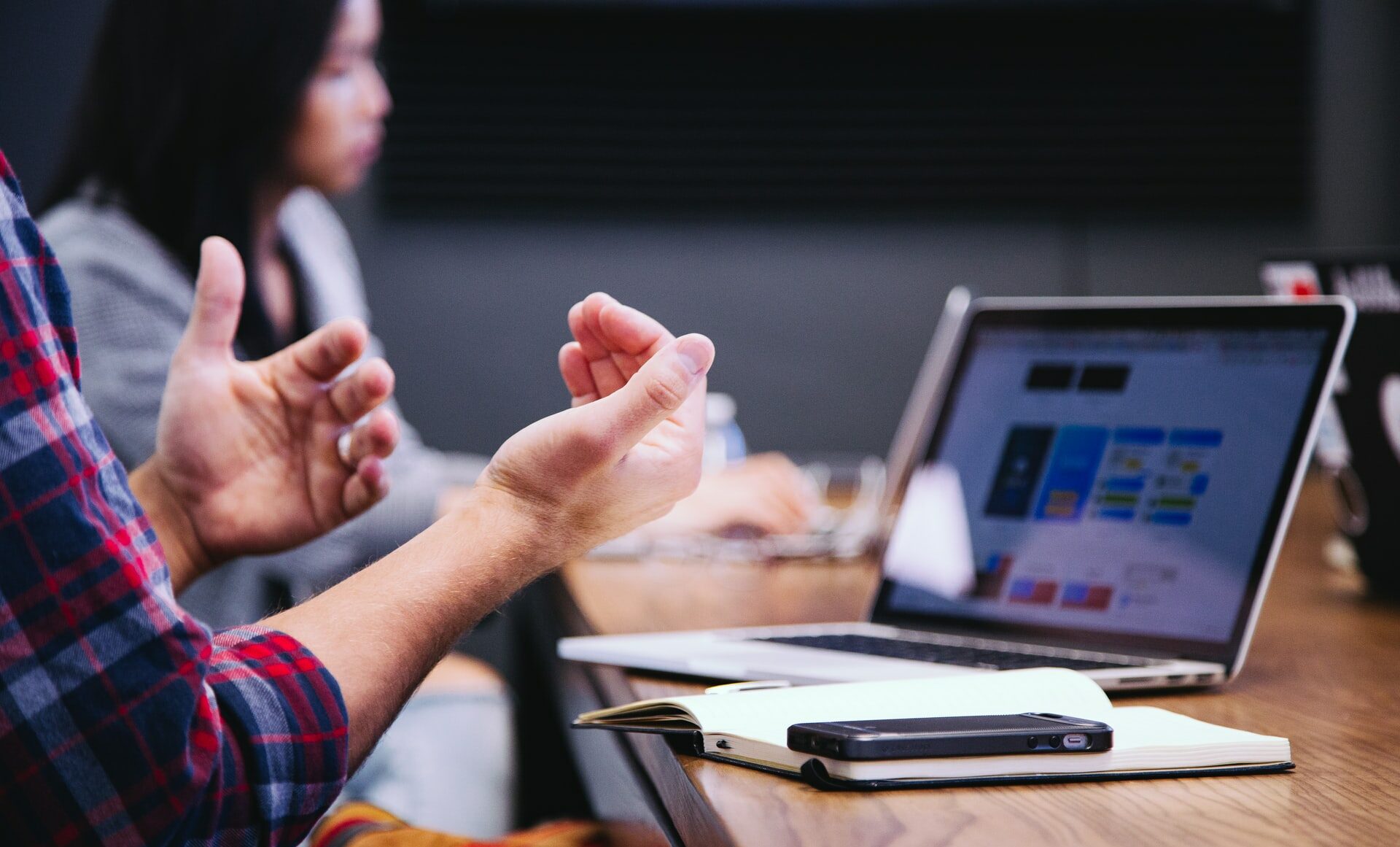 What Is Persuasion in the Art of Business Communication?
by EWOR Team
04 / September / 2022
5 min read 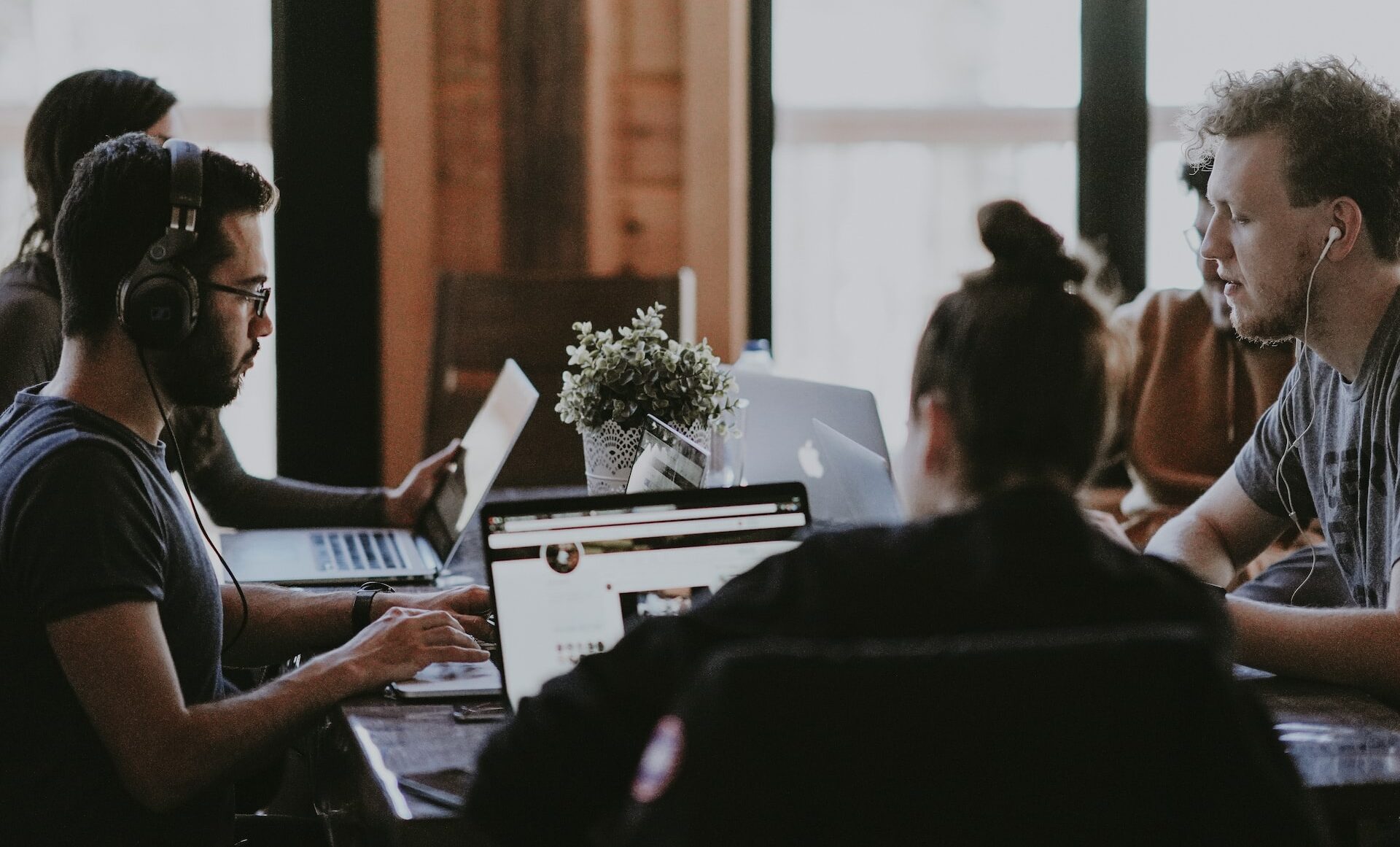 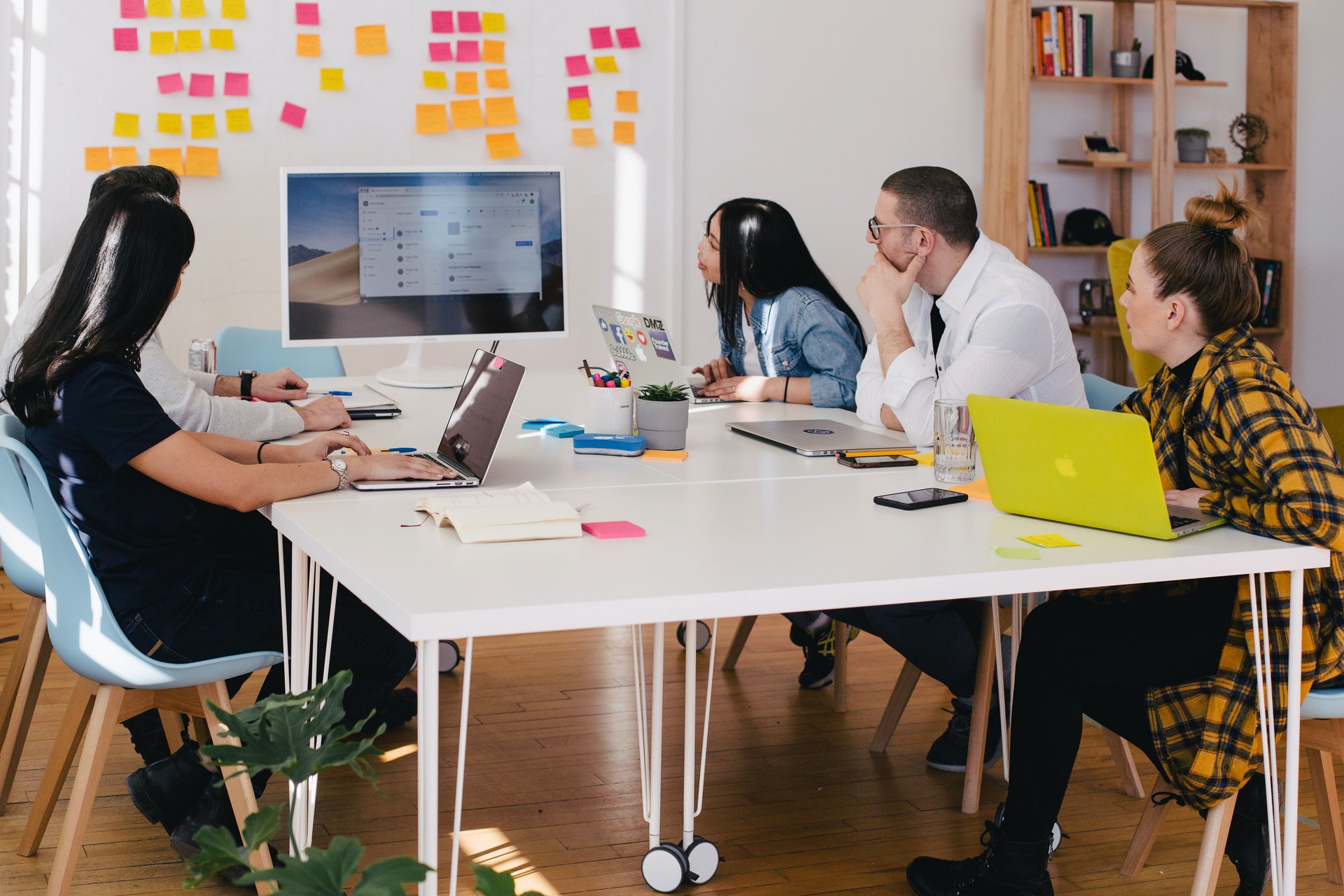 Why is the Ideation Phase Essential for Business?
by EWOR Team
22 / September / 2022
7 min read
Sign up to our Newsletter