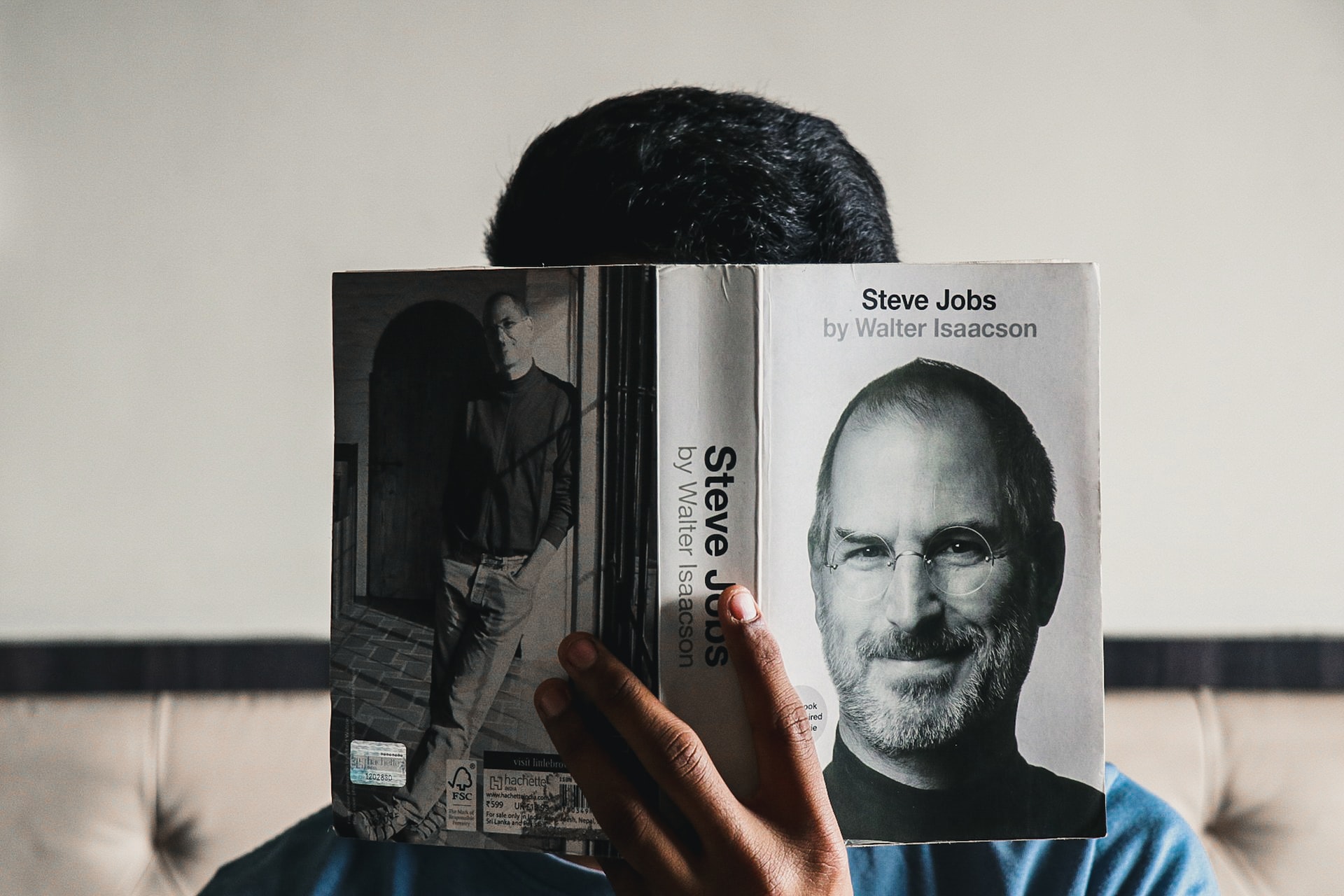 Steve Jobs was described as an autocratic leader during his time at Apple. His leadership style, fast-decision making and eye for detail were crucial for achieving Apple’s success.

“Being the main communicator and main business decider of things. He was very good at [that]”, said Steve Wozniak about Steve Jobs’ leadership style. On the other hand, the British-American entrepreneur and author Andrew Keen commented, “There is no democracy at Apple […] It is Steve’s company – pursuing his vision, at his pace, with his team, making his products”.

But what is exactly autocratic leadership? What are its advantages and disadvantages? And what can we learn from Steve Jobs’ leadership?

Autocratic leadership describes a leader who has absolute power and control in every part of a business. These leaders like to control everything related to work, from the company’s policies, vision and goals to employees’ work style.

It’s more common to find autocratic leadership in small businesses than in big corporations. It offers a good starting point for the management. Small companies don’t have many employees, and running a company under this leadership style is easy.

Autocratic leadership enables fast decision-making and, among other things, provides a structure for inexperienced teams. However, this leadership style may not be suitable when you are aiming to foster team collaboration.

Steve Jobs founded Apple in 1976. In 1985, he was forced to leave Apple. Nevertheless, in 1997, he was asked to return to Apple to save the company from bankruptcy.

Steve Jobs was an autocratic leader, and his style was questioned and criticised by others. He was impatient, a perfectionist person and a leader with high expectations. At Apple, he had a clear vision of what he wanted from his employees and how things should work.

As an autocratic leader, he believed that being in control of all decisions was efficient and quick. His competitive side let him take risks, pushed the company’s limit, and allowed Apple to be ahead of its competitors.

Jobs wanted every Apple product to be perfect. His impatient and high expectancy traits portrayed him as a tough boss to work with. He liked to work with the best people in their field, and yes, he didn’t have a good reputation when it came to being friendly or polite with others. In his interview with Walter Isaacson, he told Isaacson about his being tough “I don’t think I run roughshod over people,” and added, “but if something sucks, I tell people to their face. It’s my job to be honest.”

Steve Jobs’ autocratic leadership worked well in Apple when he was the CEO. His leadership style was criticised by others, such as his being controlling and his communication skills with his co-workers and employees. On the other hand, he was described as one of our times’ strong and successful leaders, alongside Bill Gates, Elon Musk, Jeff Bezos, and others.

When is Autocratic Leadership Effective?

Even though others have criticised Jobs’ leadership, that doesn’t mean autocratic leadership doesn’t bring benefits to leaders and companies:

An autocratic leader is needed for quick and efficient solutions to complex problems. In these environments, autocratic leadership provides the direction that may be lacking when teams are inexperienced.

People who worked with Steve Jobs said he was quick at making critical decisions about products. For instance, Jony Ive talked about the decision process for the colours of the first iMacs, “in most places that decision would have taken months. Steve did it in a half-hour.”

In stressful situations when the company needs to solve short-term and urgent issues, autocratic leaders are the ones who are in charge of the situation. Their experience and expertise allow them to solve the issues quickly.

Steve Jobs rejoined Apple in 1997 when the company was going bankrupt. He dealt with the pressure effectively, saved the company and turned it into a profitable one.

In startups, it’s normal to see employees struggling with tasks. The team is getting to know the work environment and the production process. Autocratic leadership works well under these circumstances. Autocratic leaders assign tasks to employees, provide guidelines and control the whole process. They create a structure that is easy to follow for the employees and themselves.

When Does Autocratic Leadership Bring Disadvantages?

Like every other leadership style, autocratic leadership comes with some downsides:

Overwork Load for the Leader

Sharing the tasks with your co-workers is nice because it will reduce your stress and workload. However, autocratic leaders like Steve Jobs are keen to be in every part of the product journey. It increases the time they spend at work.

Autocratic leaders like to see the production, design and any other process going how they envisioned it. Because of that, leaders tend to micromanage their employees, discouraging their input and feedback. This causes trust problems within the company and ultimately hurts productivity.

Autocratic leaders set very high goals and expectations, which are not usually communicated clearly to the team. They expect the business to run the way they envision it, but sometimes it’s hard for the team to grasp what their leader is thinking. Those leaders must set clear guidelines and make the team aware of them.

Former employees and the media often mention Steve Jobs’ communication problems (e.g., how he handled firing people or communicated when something he didn’t like happened.)

Autocratic leadership creates dependency in the workplace. Employees will need feedback from their leader before taking further steps. This decreases productivity and increases the workload of the leader.

An autocratic leader is the only one in charge of any process that eventually damages creativity. This leadership style doesn’t offer enough space for employees to let their creativity run free. Usually, employees end up keeping their ideas to themselves. In the long run, it affects the employees’ creativity and productivity.

Today, Apple is a well-known brand. Even though there were criticisms of Steve Jobs’ leadership style, we know that his way of running Apple played a role in the company’s success. 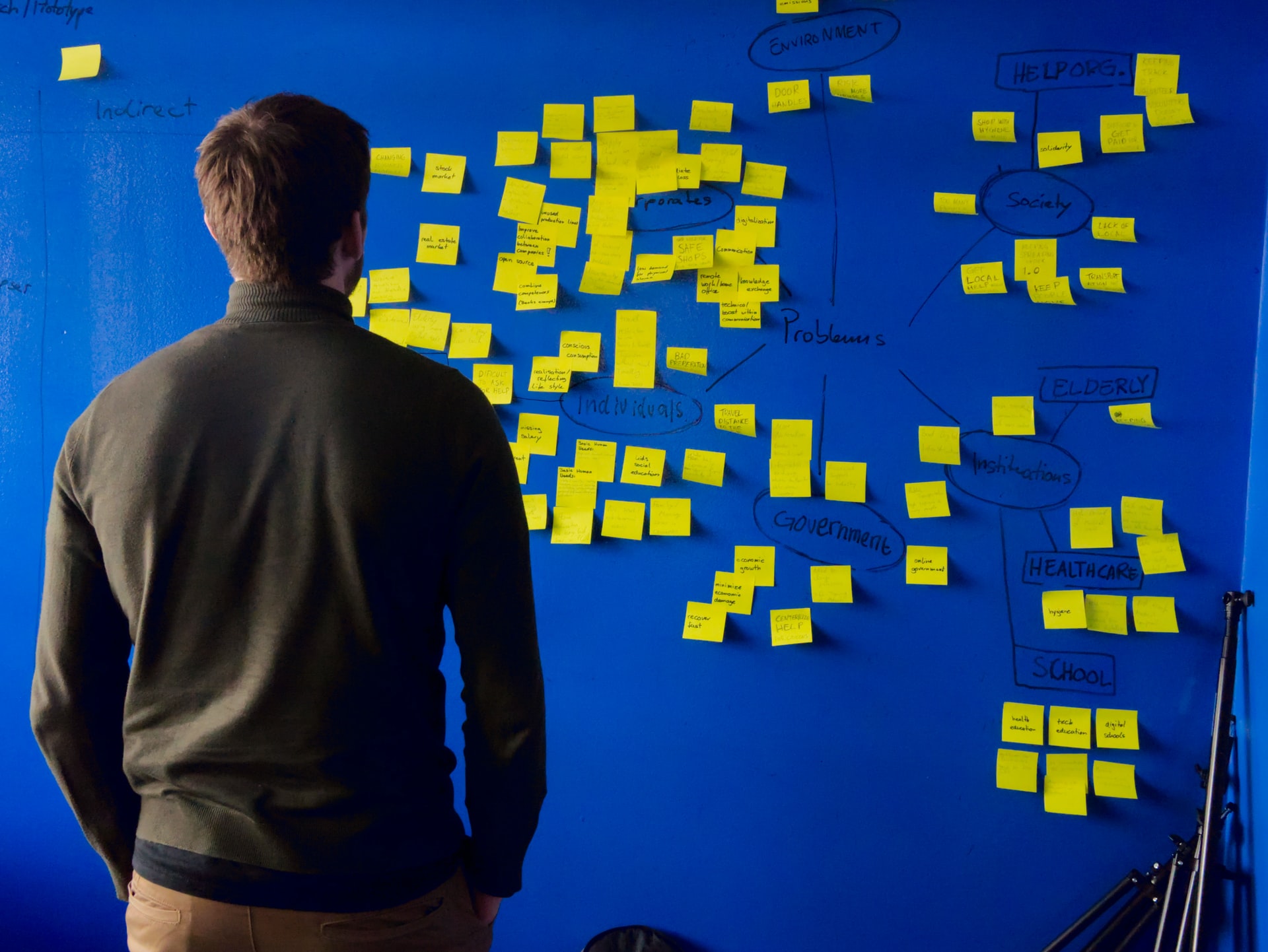 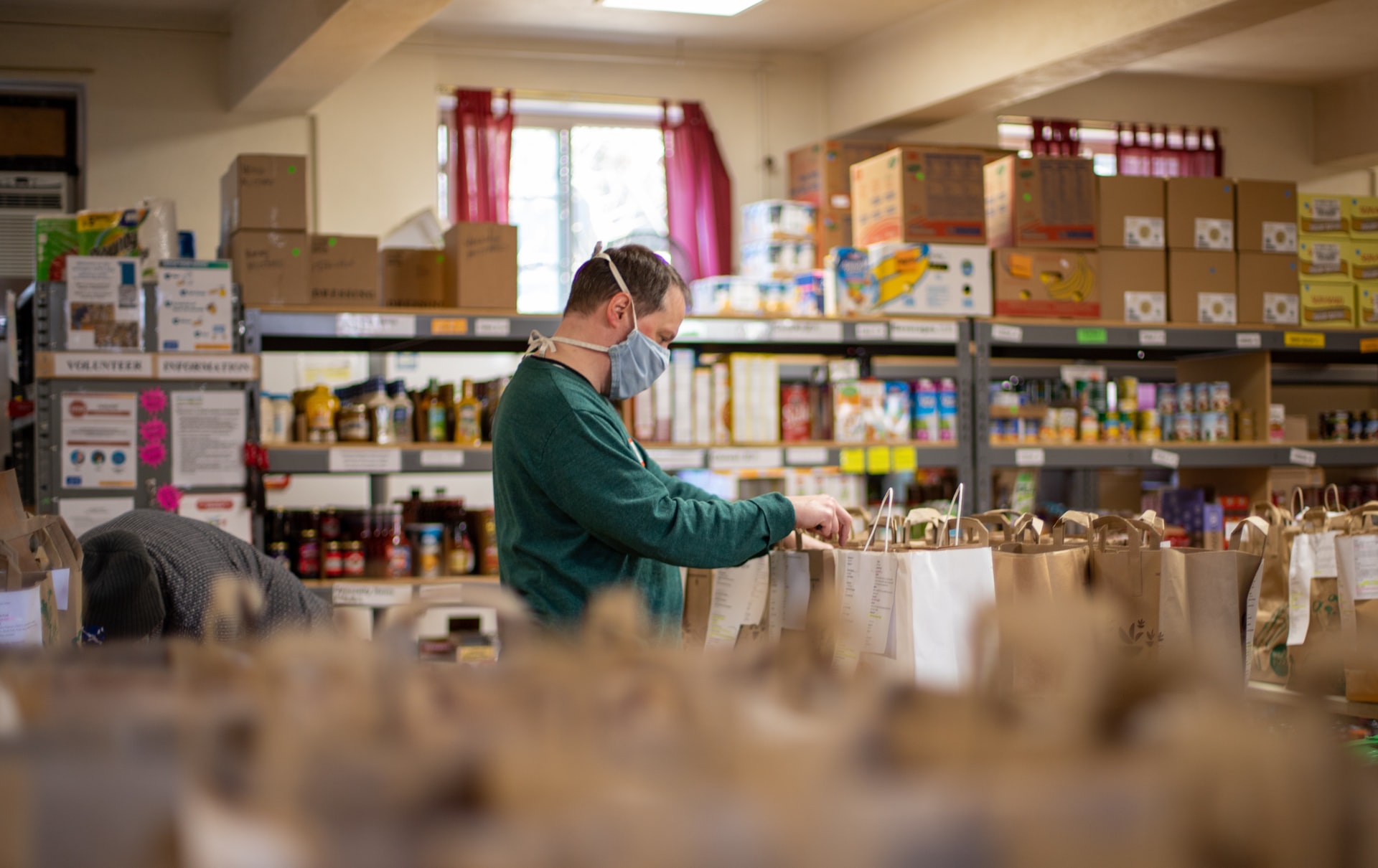 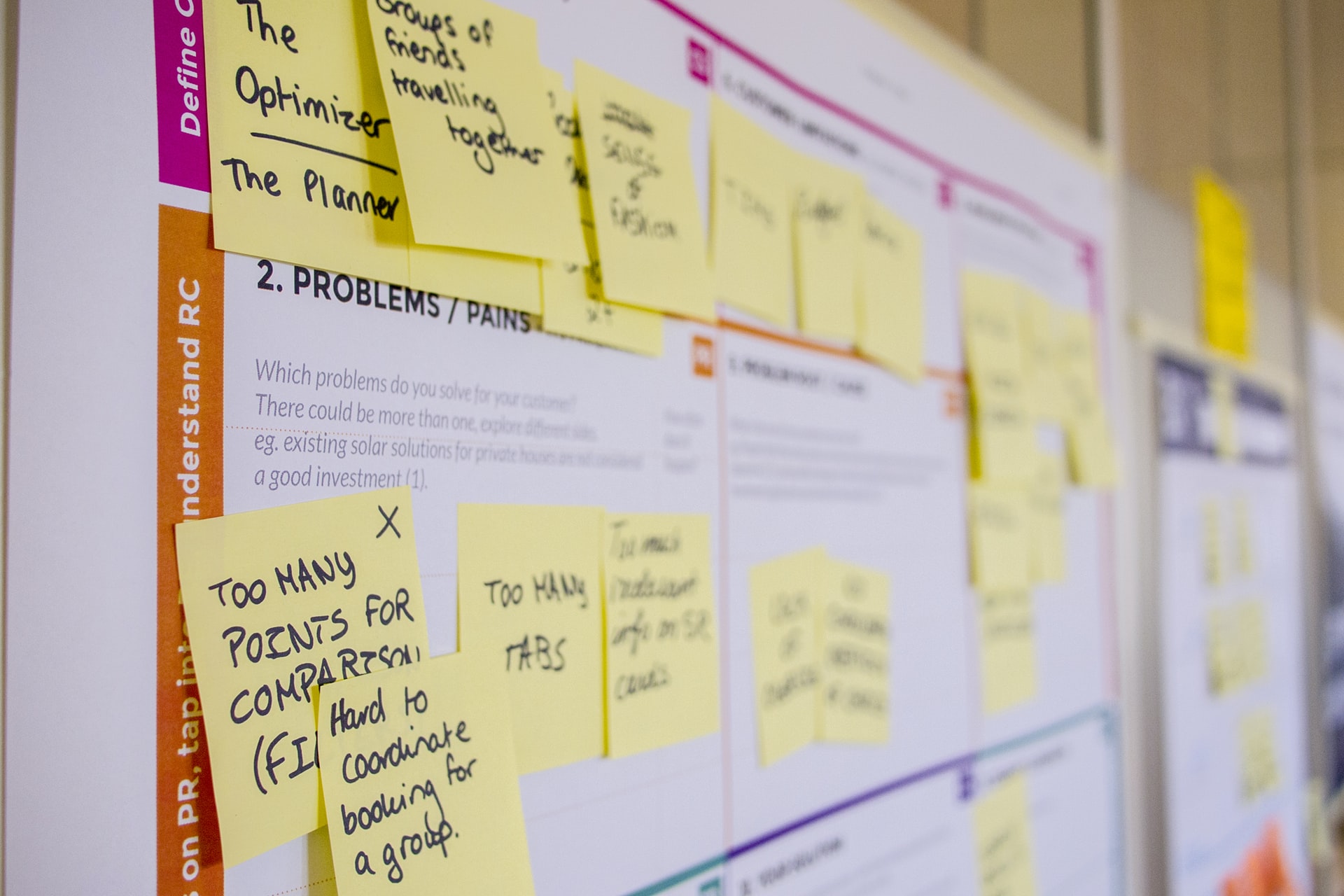 Y Combinator, Unicorn Startups, and the Importance of Networking
by EWOR Team
06 / July / 2022
5 min read
Sign up to our Newsletter