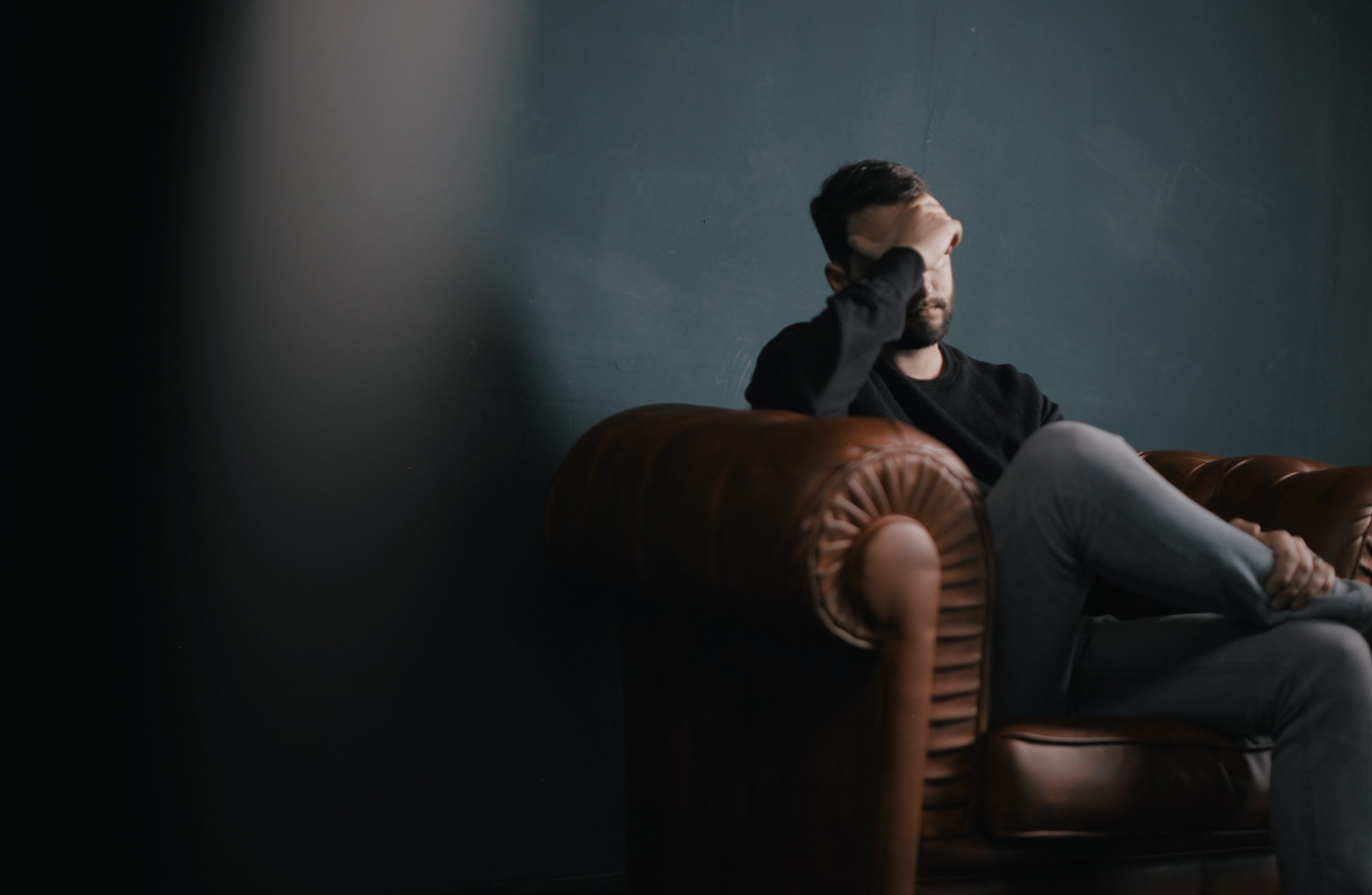 The question of how to overcome mental health concerns invites a broad spectrum of answers. There are currently many resources that help with general mental healthcare. These range from dedicated social media accounts that promote self-care to grassroots organisations that provide services to improve mental healthcare for the average citizen.

However, the next question of whether these resources are applicable to an entrepreneur’s more specific challenges is a trickier one. While they represent a smaller part of the population, most entrepreneurs report mental health struggles at some point in their careers.

What are Entrepreneurs’ Most Common Mental Health Concerns?

Depression – characterised by prolonged feelings of sadness, hopelessness and inadequacy, outbursts of irritability or frustration, anxiety, and difficulties in concentrating. It can also manifest in physical symptoms like headaches, body pains, exhaustion, drastic changes in appetite and sleeping patterns.

Substance Use Disorder (SUD) – characterised by the patient’s inability to moderate intake of legal or illegal drugs, alcohol and/or certain medications. Stress, trauma, genetic make-up and existing mental illnesses can contribute to the emergence of this disorder.

The German Association for Psychiatry, Psychotherapy, and Psychosomatics (DGPPN) revealed that anxiety disorders topped the list of common diagnoses, followed by mood disorders and disorders caused by drug or alcohol abuse. It also confirmed that mental illnesses were amongst the leading causes of declining health quality.

Most concerningly, mental illnesses were found to reduce the sufferers’ life expectancy by ten years as compared to the general population. As of 2020, 50% to 90% of suicides were traced back to mental illness as a root cause.

Stress – An inevitable component of entrepreneurship is the daily stressors that come with running a business. The Hustle surveyed more than 300 entrepreneurs who listed financial concerns, day-to-day stress, work-life balance and uncertainty about the future as their top four stressors which impacted their mental health. Entrepreneurs must constantly rise to new challenges while also seeing their own businesses hit new lows.

Loneliness – Entrepreneurs are a rare breed. While the Global Entrepreneurship Monitor counted over 582 million entrepreneurs worldwide in 2022, this still only accounts for little more than 7% of the total world population. Entrepreneurs usually start their businesses on their own, putting in long hours at work, and have little time to meet other people.

Lack of Resources – The Hustle also reported that 81% of those surveyed felt that there was a stigma on discussing mental health in the business community. Entrepreneurs have very few specific resources that cater to them and thus, must rely on their own experiences and fortitude to cope with worsening mental health symptoms. In worst-case scenarios, this can lead to entrepreneurs ignoring their conditions entirely or self-medicating with alcohol and drugs to cope.

Impression Management – As the face of their brand, entrepreneurs have little room for public displays of self-doubt and low self-esteem. The need to always project a positive attitude can prevent them from seeking help, as it could be taken as a sign of weakness. Entrepreneur Brad Feld has described this pitfall as surprisingly common in successful people: “There’s a sense that they can’t talk about it, that it’s a weakness or a shame or something. They feel like they’re hiding.”

Work/Life Imbalance – Entrepreneurs are often single-handedly responsible for keeping their businesses running, with the line between work and personal life blurring or even disappearing entirely. This can leave them with little to no time to properly decompress from daily stress. A 2013 survey conducted by The Alternative Board revealed that 32% of small business owners were willing to work longer hours because they were compelled to complete tasks which they felt only they could handle.

How Can an Entrepreneur Overcome Mental Health Struggles?

Creating Time and Space for Self-Care – Self-care can prove beneficial for an entrepreneur in identifying the root cause of their suffering. This can be through activities like journaling, meditation, exercising, or simply getting enough rest, all of which facilitate mindfulness and clear thinking. Research also shows that having hobbies outside of work aids in reducing stress, anxiety and depression, as well as improving productivity and correcting the work/life imbalance.

Establishing a Support System – Opportunities have arisen for like-minded entrepreneurs to meet in person and lend their support to each other on their respective wellness journeys. Online mental health communities have flourished, with millions of users able to connect from the comfort of their own homes or offices. Reconnecting with supportive family members and friends goes further to reduce the harmful effects of loneliness and isolation.

Remove Toxic Influences – This can include both drugs and alcohol, as well as people in an entrepreneur’s life who influence them into unhealthy behaviours. It’s important to identify what and whom can trigger a downward mental health spiral to avoid further interacting with them.

Delegate Work – Due to the overwhelming demands placed on them by their businesses, most entrepreneurs take on more tasks than they can manage. To establish boundaries between their professional and private lives, they should delegate tasks to others. For example, an assistant can take care of administrative tasks and help the entrepreneur keep track of their busy schedule.

Adjust Expectations – As the saying goes, running a business is a marathon, not a sprint. The sting of failure can hit hard, especially when it comes multiple times. Entrepreneurs will have to adjust their expectations and redefine what success means to them over the long term. Setting smaller, more realistic short-term goals can gradually ease them into a flexible mindset.

Seek Professional Help – Wherever possible, and if they can afford to, entrepreneurs should seek a trained mental health professional or services to help them get on the right path to recovery. While there is no ‘cure’ for mental illness, therapy can help the patient understand how to manage their symptoms.

Mental health struggles are bound to emerge during an entrepreneur’s career. However, the more awareness that mental healthcare gains, the easier it will be for them to seek the help they need and share their experiences. Eventually, healthier entrepreneurs will lead to a healthier business community that is better able to support itself during crises. 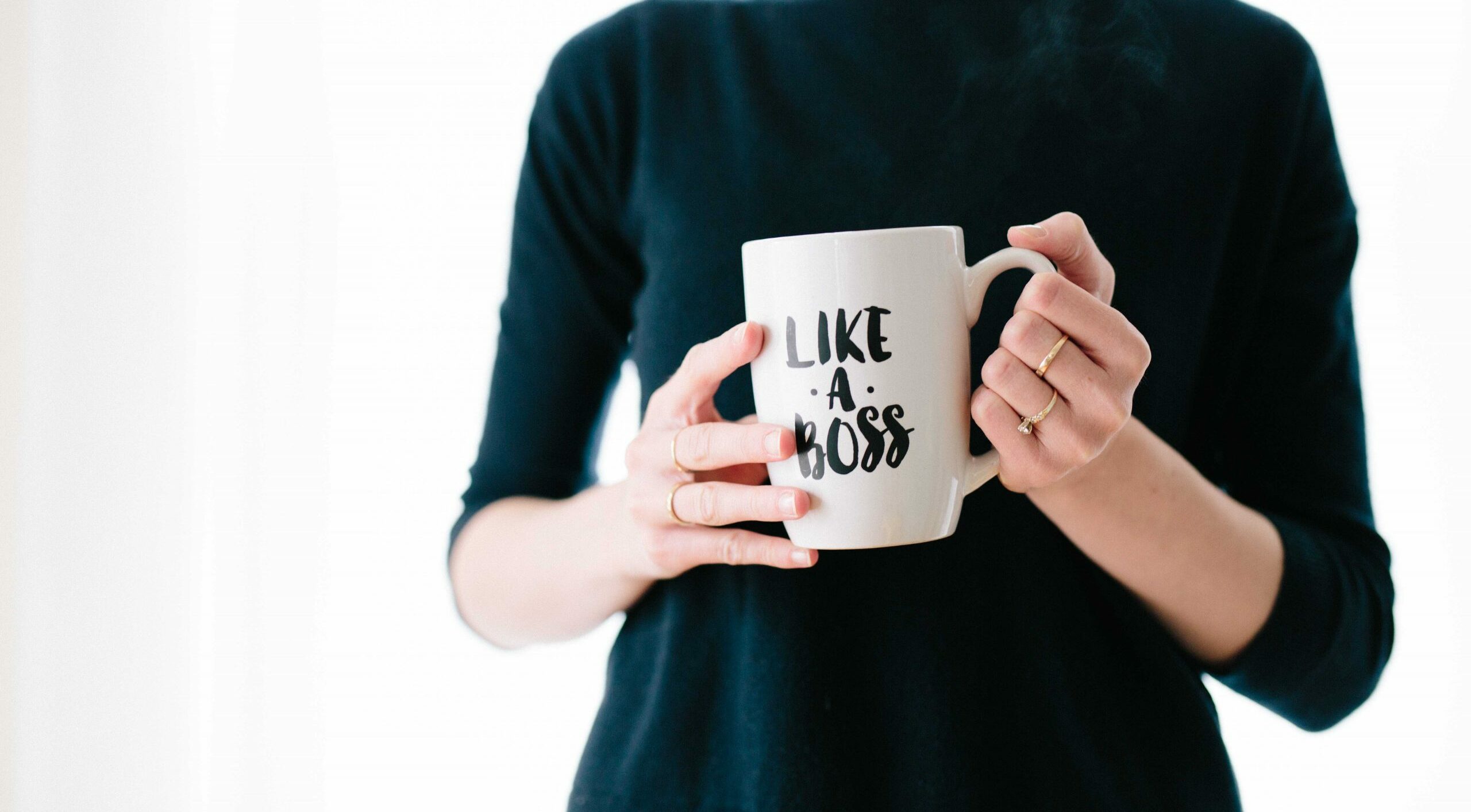 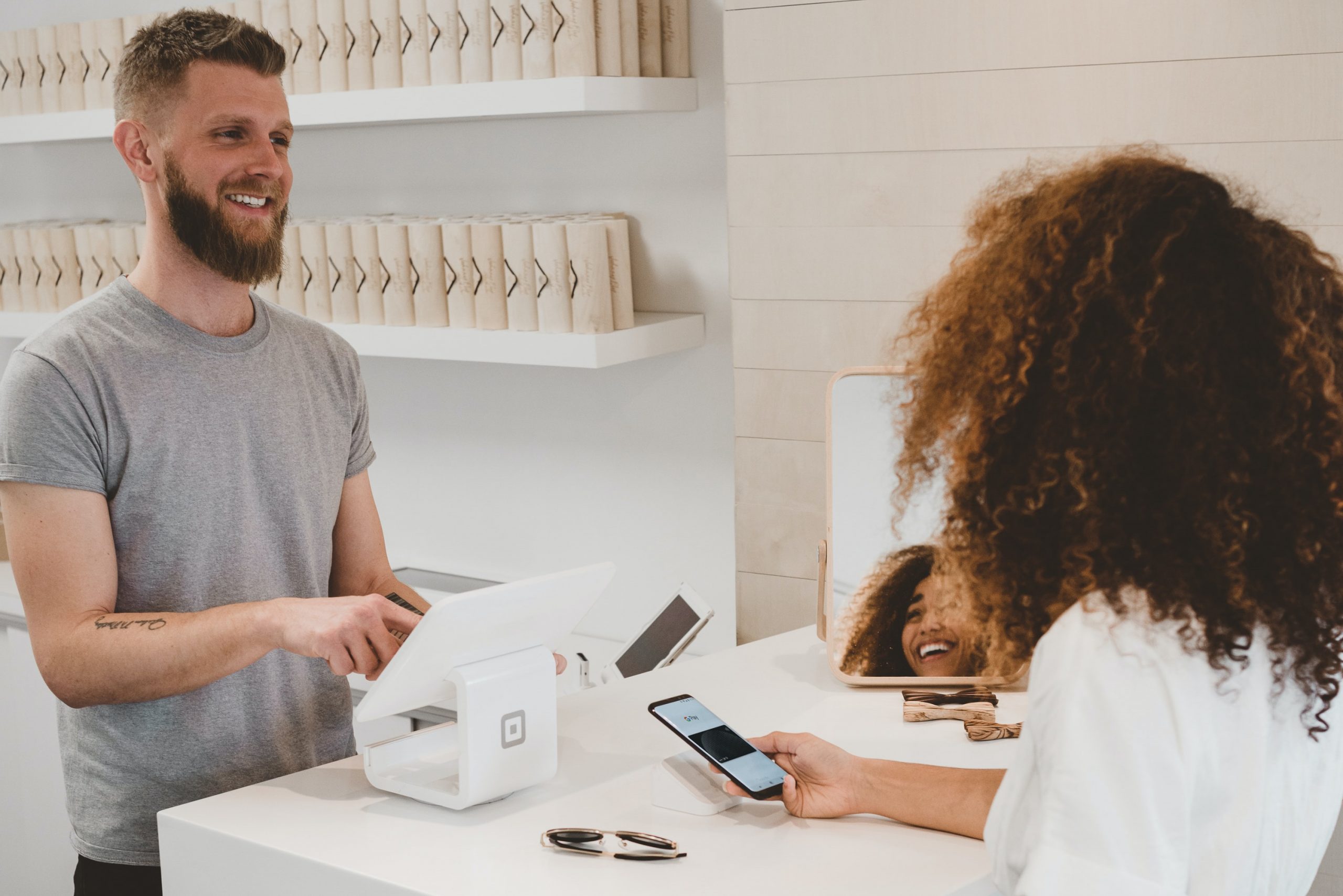 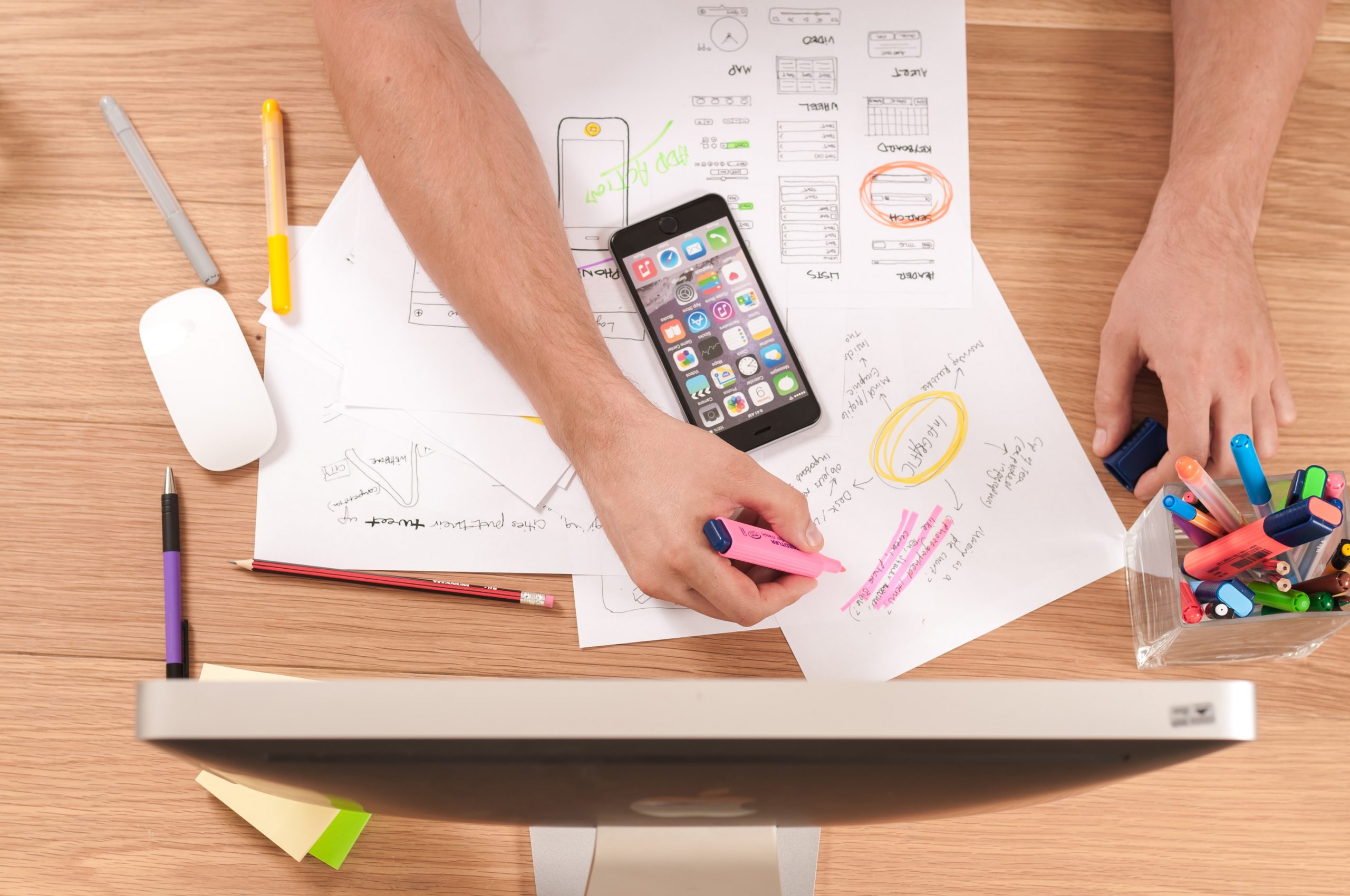